Financing Wind 2019: Is cost reduction set to take a toll on investor confidence?

Companies in the wind industry have made great progress in reducing costs. This is helping to grow interest in wind power among politicians and corporate off-takers. But it is also raising questions about the attractiveness of wind as an investment class, and the extent to which investors will put money into wind. We discussed this at our Financing Wind Europe event in London on 31st October. 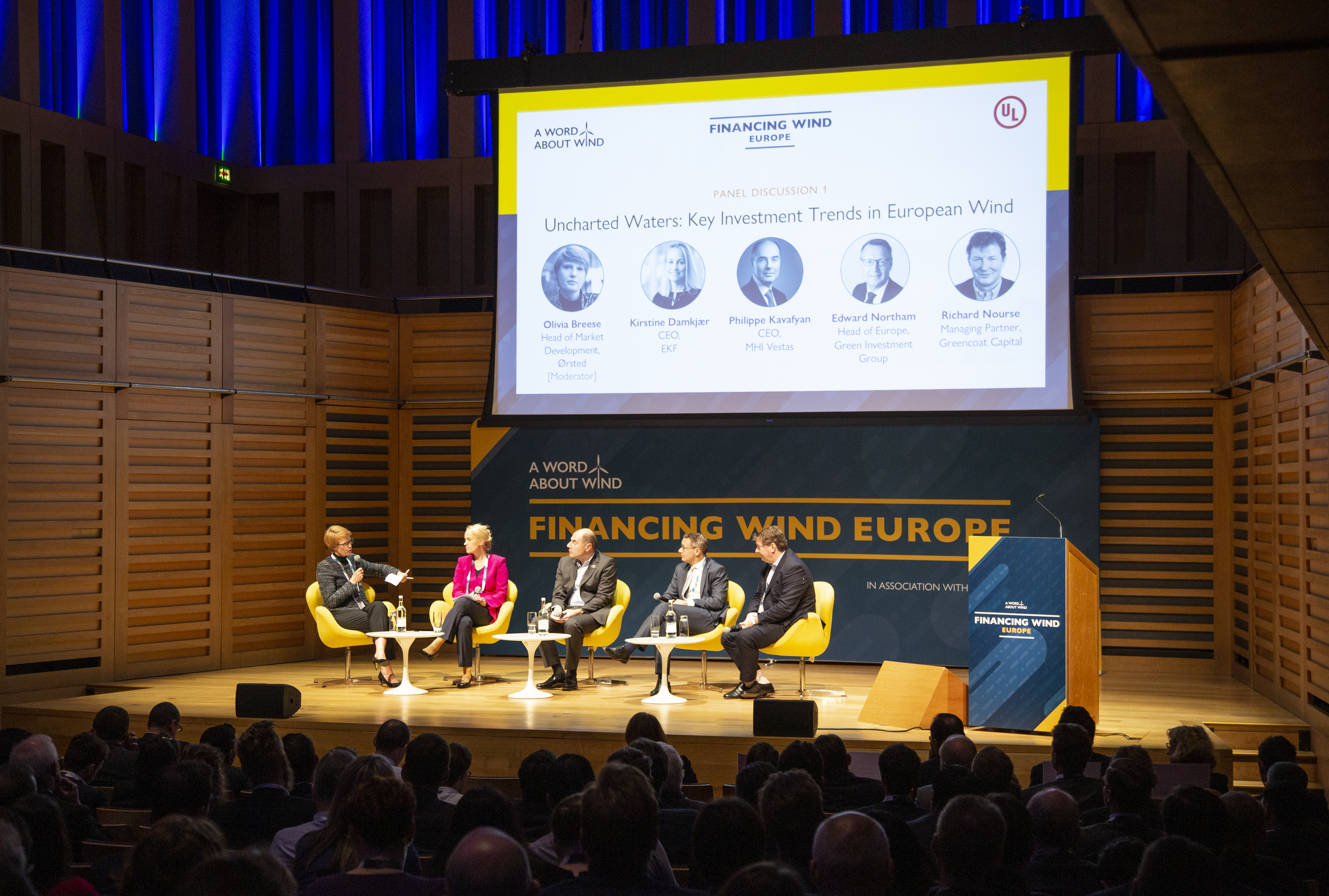 On 31st October, A Word About Wind welcomed 260 of the leading decision-makers in the European wind industry to discuss the biggest issues shaping the sector over the next 12 months.

The impact of competitive auctions on the onshore and offshore supply chains, and the impact on growth, was one of the day’s most pressing issues.

Olivia Breese, head of market development at Ørsted and moderator of our opening session ‘Uncharted Waters: Key Investment Trends in European Wind’, picked up on the theme as she asked about the role of capital investors in driving carbon cuts.

She said: “The engine of growth in Europe is going to be the decarbonisation opportunities as highlighted by the European Commission and the recent IEA [International Energy Agency] report, which are absolutely extraordinary, and the role of capital in bringing forward these opportunities is going to be really interesting."

But it won’t necessarily be easy. Ed Northam, head of Europe at Macquarie’s Green Investment Group, said there were “very strong” tailwinds helping the wind sector but added that wind is in a competition for capital with other investment classes. This might have an impact on firms that are contending with the impact of slimmer margins and exposure to merchant power prices.

He said: “Competition is good to the extent that it drives inefficiency out of the market. Where it gets dangerous is where it reduces investor confidence in the market… The risk is that the focus on cost runs away with us and we stop giving investors the experience that we’ve given them to date, and they start to put that capital somewhere else.”

Northam also highlighted the potential impact of recent negative news stories about the wind sector could have on investor confidence.

“Picking up newspaper articles saying we’ve got our production numbers wrong or that margins are being squeezed or where there are job losses: all of these things worry me as a financial investor that they start to erode investor confidence,” he said.

Richard Nourse, managing partner at Greencoat Capital, agreed there is a challenge for companies to continue offering investable projects in an era of slim margins and where investors are exposed to more merchant risk.

“There’s masses of money,” he said. “It’s just got to be given an investment proposition that allows the investor to think seriously about the risks they’re running rather than say: ‘God knows, we’re in the hands of government.’ That won’t grab any money.”

And Kirstine Damkjaer, chief executive of Danish export credit agency EKF, said it was important for lenders to innovate to help investors negotiate issues raised by the increases in merchant risk, including shorter PPA tenors: “It is something we need to deal with and we are working on it,” she said.

Finally, MHI Vestas chief executive Philippe Kavafyan said that there was a push for offshore wind to be as cheap in emerging markets as it is in Europe, and that it could undermine the development of the supply chain.

He said: “The idea is new markets have a honeymoon period. I haven’t seen a honeymoon. We have not experienced the situation where we have high tariffs to deploy the industry like we did in Europe.”

Our readers will be well aware of the plummeting cost of wind energy, and how it has pushed companies to make a host of tough decisions.

For example, Siemens Gamesa announced in early November that it was planning 600 more job cuts as it keeps grappling with price declines and other headwinds in the market. It is by no means the exception.

However, Financing Wind Europe was the first of our events where a major speaker has cast doubt on the attraction of wind as an investment class, and raised the idea that investors could be lured to other types of infrastructure instead. We aren't there yet, and there's still plenty to be confident about, but there will be limits to how far the industry's current cost-cutting can go.