The growth of offshore wind in emerging markets and the use of technology such as floating foundations is opening new financial risks for owners and investors. In this post, Robert Bates from GCube Insurance looks at five of the most important. 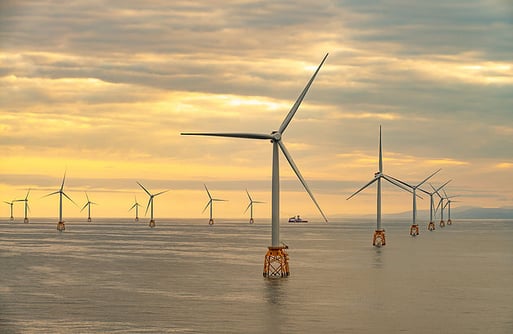 Offshore wind has recently seen the US kick start supply chain growth; Taiwan is – despite a recent wobble relating to the domestic feed-in tariff – taking off; Japan is making steady headway; and a joint venture between Engie and EDP is targeting floating technology as a key growth area.

Meanwhile, the UK Offshore Wind Sector Deal has identified offshore as key to the energy transition, and French auctions have led to competitive results.

However, coupling global expansion with cost reduction in Europe means that owners and investors are at risk of becoming increasingly exposed to technical and supply chain risks.

If the industry continues to squeeze the supply chain, while commercialising new technologies in new global markets, it will become increasingly vulnerable to large financial losses that dent investor confidence and put projects at risk.

A long-term, responsible outlook is required – both from offshore developers and owners, and from insurers – to ensure that lessons are learned quickly, accounting for the changing risk profile of development and operation.

Many of the following claims trends could be chalked up as ‘growing pains’ linked to sector expansion and the drive for grid parity.

However, if not properly managed, they will put these goals at risk.

Cabling issues – whether during installation or operation – have long been a concern for the sector and have historically caused significant, high-profile project delays. While risk management practices and technologies are improving, ironically issues with fibre optics – introduced partly as a risk mitigation strategy to monitor the health of cables – have contributed to major claims in recent years.

These have included a number of costly subsea cable faults caused by an electrical interaction between the metallic tube surrounding the fibre optic core and the power cores. While losses relating to fibre optics have subsided over the past 12 months, this issue remains a cause for concern – and, in the meantime, other costly claims have been experienced relating to ‘sub-optimal’ design features.

As a result, cabling losses have accounted for more than half of total claims handled by GCube in the past 12 months and about three quarters of total claim value.

Foundations have been another challenging area of offshore wind development and operation.

In the past, many foundation-related claims were traceable back to a formula mistake in a widely-used design guideline issued by a prominent certification body. This issue has now been resolved, but there are still issues being faced with monopile foundations, and the industry needs to carefully consider its foundation choices as offshore wind moves into deeper waters.

At GCube, we receive a higher proportion of claims relating to monopile foundations than to jacket foundations, even accounting for the prevalence of monopiles in the industry. Foundation losses in general are rising, currently accounting for around a third of all claims seen by GCube by frequency.

Growth from a mere 30MW of current floating offshore wind to a projected capacity of more than 12GW in 2030 will only be achieved through very rapid expansion. Supporting innovation is essential but, for a high-risk and unproven technology like floating, this will inevitably result in losses that could impact investor appetite, if risks are not properly managed.

GCube has seen large losses incurred at all but one of the floating wind installations currently in operation worldwide.

4. Natural catastrophes could limit market in East Asia and the USA

The USA and East Asia have been identified as hot spots for offshore wind growth, but the sector must quickly get to grips with a challenging risk profile that includes a much larger exposure to natural catastrophes (or 'nat cat').

Hurricanes and typhoons are commonplace in these markets and, while measures are being taken to ‘typhoon-proof’ turbines, it remains to be seen how well the technology will withstand such events.

While the focus has predominantly been on exposure presented by cyclones, in East Asia there is also a significant exposure presented by earthquake, and related phenomena such as liquefaction. This increases the importance of accuracy in feasibility studies that model the geotechnical and geophysical characteristics of the seabed at any particular site.

Furthermore, asset owners will find that insurance capacity for natural catastrophes in East Asia is very limited, and insurers will have strict limits on the amount of coverage they can provide in these markets.

Falling offshore wind costs are ostensibly very positive for the sector, but the impact of ongoing cost-cutting on supply chain and contractor risk must be taken seriously.

There have been ongoing issues related to contractor error as the industry drives to reduce the levelised cost of energy (LCOE) in established markets, putting pressure on the supply chain, and begins to work with inexperienced local teams in emerging markets. Human error, broadly defined, has been involved in two thirds of total claims seen by GCube over the past 12 months.

A Word About Wind will be discussing the biggest issues facing offshore wind firms at our Financing Wind Europe conference this autumn. Click below to learn more...