Why are disputes increasing in offshore wind?

The race for low- and zero-subsidy projects is putting more pressure on the working relationships between developers and contractors in the offshore wind industry, and increasing the number of disputes. Richard Heap looks at what's happening and why. 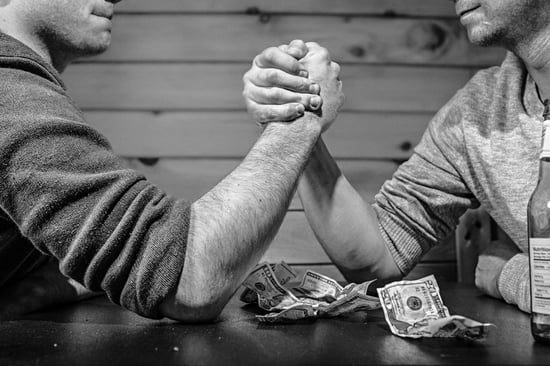 Reading half-year results announcements is typically a dull affair. Yes, they give vital insights into the strategies of the industry’s best-known companies. Yes, they are pored over by shareholders and investors. But they don’t usually share much juicy information that will excite those of us without money on the line.

That makes it all the most exciting when we find one that gives an unvarnished view. For that, the half-year results announcement from Boskalis was a cracker.

Based in the Netherlands, Boskalis is an offshore maritime services and cabling firm that is active in the offshore wind sector.

On 22nd August, it reported that its revenue in the first six months of 2019 was up 8.6% to €1.27bn compared to the equivalent period last year, but that operating profit was down 19% to €135.7m. The firm said this was a “strong decline”, and explained why in a typically direct Dutch fashion.

The accompanying commentary paints a picture of an offshore wind sector that has become more divisive and conflict-riven as developers seek to find a way to deliver zero-subsidy offshore wind projects in a profitable way.

It said this has changed attitudes among long-term clients and has sharply increased disputes. But we can’t put it better than Boskalis CEO Peter Berdowski.

“We have been confronted with the drastically changed attitude of many of [our closest] clients. Under pressure from the disappearance of subsidies on wind farms, clients are keenly looking for ways to reduce costs," he said. "This has resulted in a considerably more tense situation in the execution of projects and an accumulation of disputes on projects and lengthy claim procedures.”

The firm adds that it does not see the second half of 2019 as being significantly different from the first, but has had to adjust its expectations due to “onerous contract provisions”. We hope for similar 'entertainment' in its full-year results.

However, its message is no laughing matter. It’s a stark reminder of how far the cost of offshore wind has fallen in tenders over the last few years, both in major markets in Europe and new markets including North America.

This has been largely good for the sector. It has proved that offshore wind can be commercially successful, and has encouraged governments to support it, including with the UK’s 30GW by 2030 sector deal.

But it also means that companies in the industry are under great pressure to deliver those schemes profitably. That is forcing them to look more closely at the contracts they are signing, and the work of their contractors.

This is understandably taking its toll on relationships, and is leading to claims of the kind identified by GCube Insurance in a guest piece for us this month.

Finding a way to reduce the number of disputes is far harder.

The move to low- and zero-subsidy wind was always ramp up the pressure on companies through the supply chain, which means that the disputes of the kind that Boskalis is seeing are inevitable. Companies like to talk about collaborating closely on projects, and this is important, but it is also vital for businesses at every stage of the process to be able to do so profitably. Otherwise the whole system falls apart. That is the juxtaposition that companies are grappling with.

These pressures may grow even further if the economy slips into recession. Yes, we are confident in the prospects for wind and infrastructure generally even in a recession – as we wrote last week – but it does force companies to look even closer at what they spend and how their contractors perform.

It is also why we were glad that Hollandse Kust Zuid 3 & 4 tender in the Netherlands, where the result was announced in July, didn’t go into ‘negative bid’ territory. That’s a recipe to add even more pressure to the offshore wind sector at what Boskalis has identified is a difficult time. We said then that the priority in offshore wind must be making sure low- and zero-subsidy projects are profitable before accepting even slimmer margins. That is still the case.

As Boskalis has shown, the industry is under pressure to deliver and, for some companies, that is taking a heavy toll.

You can discuss the key issues facing the offshore wind industry at our Financing Wind Europe conference on 31st October. For more, click below...