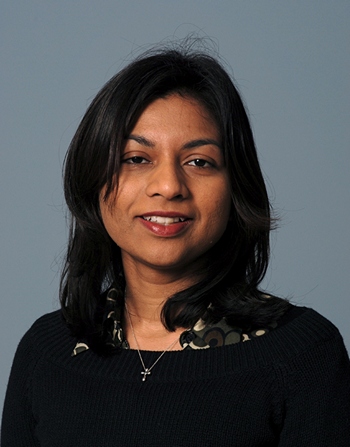 Floating Offshore Wind: What are the financing opportunities for commercial investors?

Doreen Abeysundra is the founder of Fresco Advisory Limited, an independent financial advisory focused on clean technology deals in niche sectors and regions.

With 15 years of project finance banking experience in renewable energy and fossil-based infrastructure, she offers innovative financing insight across development, equity and debt structures. In this article she looks at floating offshore wind. 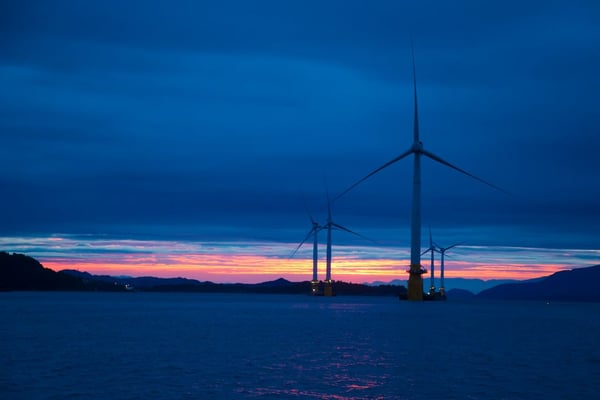 'Tis the season to be jolly... about the near future exponential pipeline of floating offshore wind (FOW) projects that will require commercial financing.

From demonstration to large-scale farms, opportunities reside off the coasts of Asia, Europe and the United States of America. Seven thousand gigawatts (GW) of global geographical potential for FOW was identified in the Carbon Trust’s inaugural report released in June 2015, with 50MW installed this year as documented in the trust's May 2018 update (see below). Five times more than that (262MW) is expected by 2021, and 5.5GW of projects have a ‘medium’ certainty of being developed by 2025. 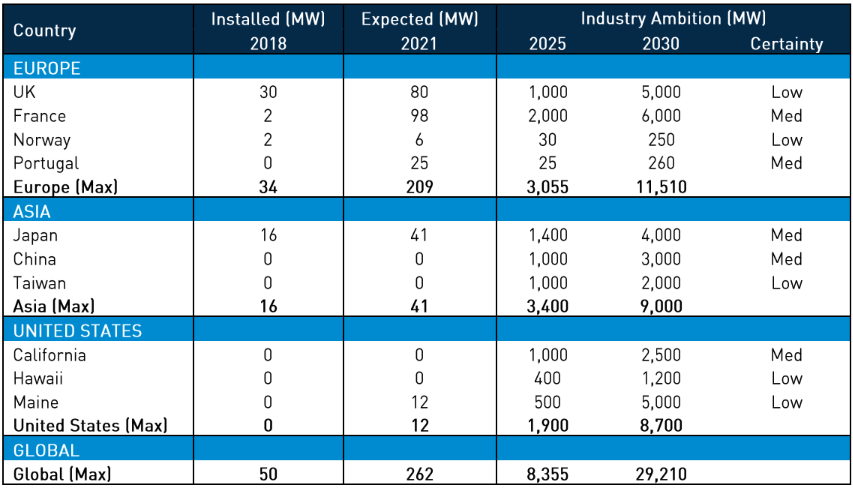 For perspective, RenewableUK’s Offshore Wind Project Intelligence report identified a 104GW global portfolio of fixed-bottom offshore wind projects in operation, in development or in the early planning stages in June 2018.

With four platform types — barge, semi-submersible, spar, tension-leg — considered for most FOW structures, projects comprise wind turbines which are fitted to floaters which are tethered to the seabed by cables, making them suitable for great water depths and/or uneven underwater surfaces.  In contrast, fixed-bottom turbines have to be piled into the seabed. 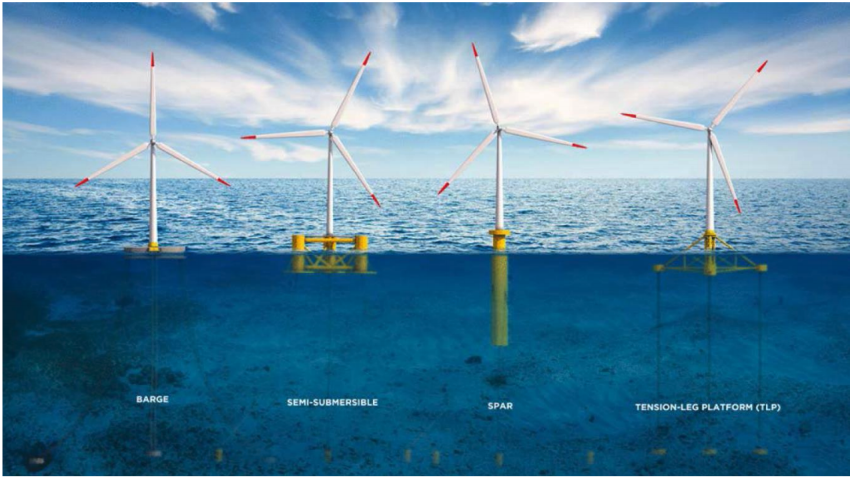 Commercial financing interest from private equity investors, banks and non-bank financial institutions, such as pension and infrastructure funds, is shifting towards FOW because the technology risk in the sector is increasingly understood.

The reported success of pilot projects such as Equinor and Masdar’s 30MW Hywind Scotland project, which is said to have survived hurricane and high wave conditions in its first year test period, and Principle Power’s 25MW Windfloat farm off Portugal securing investment from the European Investment Bank have helped lift the cloud of doubt around the plausibility of developing a pipeline of FOW projects.

The lessons learned in developing the 14MW Fukushima FORWARD plant off Japan’s eastern seaboard have proven instructive, with further knowledge to be gleaned inter alia from the Ideol-led 2MW Floatgen damping pool platform off Le Criosic in France and its 3MW Hibiki turbine installed in Kitakuyshu, Japan.

Particularly helpful in clearing the fog of uncertainty has been the formation of collaborative partnerships as noted in the Floating Wind Joint Industry Project and RealCOE, the latter supported by the European Commission through its Horizon 2020 program.

The FOW farm amalgamates the now well-established technology of locating wind turbines off the coast with older conventions utilised in oil rigs, Floating Production Storage and Offloading platforms and other oil and gas upstream processes, making credit risk more palatable.  For example, the turret bearing in Hexicon’s platform is understood to be a widely used function in FPSO vessels.

Most projects are being developed by established oil majors shifting away from fossil-based fuel or by known electricity generators or newish players with clear development commitments.  Investors are either recognising clients or identifying new ones with which business is imperative.

Investment opportunities rest not just in project financing but also in funding companies across the supply chain and even supporting the mergers and acquisitions that will arise as companies free up balance sheets or seek new investments.

Additional opportunities could emerge, such as storage solutions added to a farm, as noted in the 1MW Batwind battery added to Hywind, the consideration of combining tidal and wind energy as considered by Floating Power Plant in Denmark, and new turbine manufacturing such as that considered by Eolink or SeaTwirl.

FOW is a new industry with recently-acquired data and experience across many aspects of the supply chain.  From the ideal platform and turbine combination to the optimal location of manufacturing sites versus installation locations, down to the feasibility of the mooring chains to withstand long-term wear and tear, there is much for investors to consider.

Most jurisdictions have yet to establish off-take or subsidy arrangements specifically designed to guaranteed a revenue stream for FOW projects.  For example, the United Kingdom’s Contract for Difference May 2019 tender envisages a tariff specifically for remote island wind but does not appear to distinguish between fixed and floating offshore wind farms.

With the levelised cost of electricity generated by FOW expected to near or equate fixed-bottom projects only in 2030 or 2040, it will be difficult to predict governments’ maintained commitment to the sector should consumers’ reaction to increased utility bills prove politically damaging.

However, as more pilot FOW farms are completed and operate successfully, these will act as benchmarks and provability for investors’ credit committee discussions.

Early investors to FOW can expect financing structures that largely mirror those agreed in fixed-bottom projects, albeit the initial packages are expected to be less aggressive, clearer on risk allocation and offer healthier debt and equity returns.  Commercial investors seeking funding opportunities spread across the globe have the opportunity to gain first-mover knowledge and returns, with especial benefits awaiting those which are willing to finance pilot projects.

Disclaimer: The views and opinions expressed in this article are the author’s unless cited otherwise.  None of the expressed views or opinions should be construed as financial advise or an affiliation or endorsement of any party and it is the responsibility of the reader to ascertain the accuracy of any information gleaned from this article prior to relying on such material.