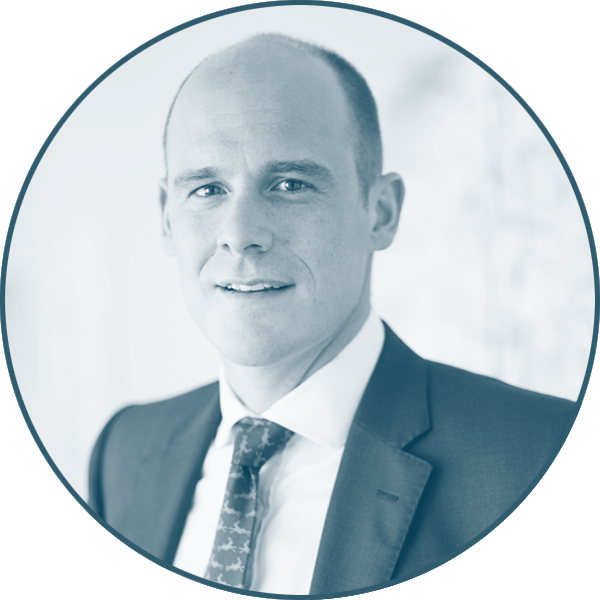 How can we deliver a hydrogen-based future?

Felix Fischer is one of the founding partners of infrastructure law firm, Chatham Partners. He specialises in advising developers and investors with regard to renewable energy facilities. Felix will be speaking at our Financing Wind Europe 2019 conference on 31st October in London.

It is difficult to not get excited about the potential for a large-scale hydrogen rollout. A recent poll indicated that, in Germany, nine out of ten renewables professionals regard further development of hydrogen technology as crucial for their business.

It is understandable. The potential is huge, with decarbonisation opportunities not only in the power, transport, and heating sectors, but also along industrial value chains and processes, like steel, concrete and fertiliser production.

For owners and developers of renewable energy projects, the option to produce hydrogen would enhance business cases in areas of grid congestion. What is more, with subsidy schemes and tariffs increasingly ending both for new and existing plants, the option to produce and sell hydrogen rather than electricity may reduce market risks and open further routes to new markets.

In addition, additional capex requirements (eg. for electrolysers) would be welcomed by financial investors urgently looking for investment opportunities.

As with market players, more governments are focussing on the hydrogen potential. But the complexity seems overwhelming. Production, infrastructure and market need to grow simultaneously. At the same time, cost savings will only be achieved if the technologies are scaled, both in amount and in size.

So how can we achieve a hydrogen revolution?

Currently, hydrogen is mostly produced from natural gas through the Steam Methane Reforming (SMR) technology. One proposition is to scale up this method, at least in the medium term, and decarbonise production through carbon capture and storage.

The alternative is transformation of electricity into hydrogen through the Protone Exchange Membrane (PEM) technology used in electrolysers. This is used very little so far, but could produce hydrogen from renewables.

In addition, the question of where to produce is open. Offshore wind could present a strong case in the medium term, potentially even far off the coast, considering the progress made in floating tech and grid independence of hydrogen production.

Similar questions arise for the best applications to use hydrogen. The opportunities are widespread – in theory. Most projections for 2050 foresee an application across many sectors. The question is how and where to start.

Currently, 70million tonnes of hydrogen are used annually, mostly for production of ammonia and in refineries. Replacing ‘dirty’ hydrogen with decarbonised hydrogen could be a good starting point.

Having said that, the price gap between the hydrogen currently used and decarbonised hydrogen is very significant. Business cases could become attractive as refineries are obliged to decarbonise under the REDII directive.

New fields of application for hydrogen need build-out not only of production, but also appliances and infrastructure. A good example is the mobility sector.

This leads to the question of how to transport and store hydrogen.

While hydrogen can be fed into the gas grid up to a certain share, this would mean a degradation not only of the gas, but also of the expensively-produced hydrogen. This means that hydrogen will require its own infrastructure.

Most green hydrogen pilot projects foresee storage and transport in container-sized tanks (unless fed into the gas grid). According to recent studies, pipelines would be most economic for transport between 100km and 1,500km. Beyond that, liquefaction is proposed. Adding to that could be larger storage facilities, for example in underground caverns.

What should regulators do?

For regulators, complexity and uncertainty make it difficult to support the industry in an efficient and effective way.

CO2-pricing at reasonable levels and the current approach to grant subsidies only on an individual project level would help to address some technical challenges, but won’t lead to cost reductions that come with industrial scaling of production and application. But how can regulators help?

In many jurisdictions regulatory barriers exist, for example in the form of levies and taxes. Adjusting this overall framework is the first logic for any regulator wanting to enhance hydrogen production.

Considering the current price gap, further incentives will likely be required. The question is whether it is better to ‘push‘ hydrogen into the market and thus initiate demand or to try and create a ‘pull’ that fosters production.

Creating a ‘push’ (eg. fixed price for produced hydrogen) may be more favourable for producers and is simple, but it bears a lot of risk. Mechanisms comparable to feed-in tariffs in the electricity sector are at risk of creating production that cannot be utilised, which could kill all progress following political backlash.

Creating a ‘pull’ bears the problem that all regulation and incentives to use hydrogen in specific appliances may be futile, unless the hydrogen is actually available. But a ‘pull’ may be more efficient as it enables for decarbonisation sector by sector.

Whether it would be a ‘pull’ or a ‘push’, any incentive scheme should ensure neither blue nor green hydrogen is left behind.

To really nurture a hydrogen industry, building the required infrastructure could be a game-changer.

As predictions foresee hydrogen playing a significant role in energy markets by 2050, why wait and not build a backbone infrastructure now? For Germany, a study dated 2012 estimated the cost of building a nationwide hydrogen grid for supply of gas stations at only €23bn.

But even if the actual figures would prove to be higher, building a hydrogen grid may be the best and cheapest incentive after all: investors will likely require less other subsidies, as the long-term horizon and overall opportunity will allow for strategic rather than only project investment.

Furthermore, other than with direct subsidies or tariffs that are ‘lost’ for the taxpayer, investment into a state-owned hydrogen grid would buy an asset. Once the market is functioning, grid fees and/or a privatisation would likely allow to recover at least part of the investment.

In absence of a larger effort and rollout, regional loops could be (and already are) developed and incentivised.

Local grids and direct connection between hydrogen production sites and, for example, industrial centres or logistic hubs may help to reach some scaling. It is in this field where particular creativity is currently required, and it is exciting to see how market players are positioning themselves.

This may also be part of the reason why everyone is talking about hydrogen.