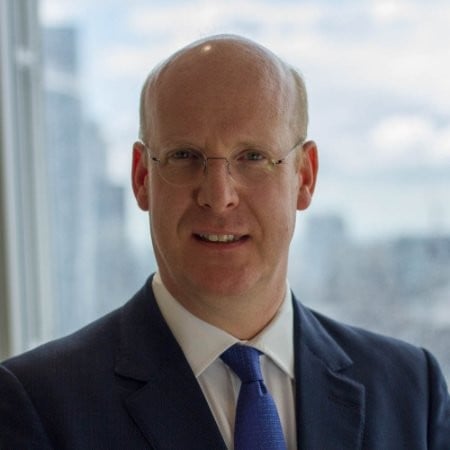 Is it time to embrace merchant risk in European renewables?

Mortimer Menzel is a partner at Augusta & Co., and has worked in the investment banking and legal sectors for almost three decades. In this post, he looks at how the wind sector should respond to growing levels of merchant risk.

Mortimer will be speaking at our Financing Wind Europe 2019 conference on 31st October in London.

The words ‘merchant risk’ have a tendency to generate a strong reaction in decision-makers at Europe’s renewable energy businesses. After all, merchant risk is traditionally characterised as something investors and banks inherently dislike – and an exposure that is to be avoided, or mitigated, at all costs.

As subsidies are withdrawn, power purchase agreements (PPAs) have become the mechanism of choice for developers and asset owners as they seek to lock in long-term pricing and the stable yields that investors want. It is still unusual for the industry to tolerate any exposure to fluctuations in market pricing, let alone embrace this risk by going ‘fully merchant’.

However, there are signs that the tide may be turning, with the attitudes and appetites of investors and banks towards merchant risk starting to shift. This could greatly change the landscape for renewable energy financing.

‘Fully merchant’ financing remains rare in wind but our conversations with leading banks suggest that banks are increasingly looking to finance transactions on a fully merchant basis.

These deals wouldn’t have happened if they didn’t make sound financial sense – so the question is, what are the factors that made these possible, and how might the wind sector follow suit?

Clearly, an investment in a merchant project is based on a bet that electricity prices will continue to rise – or at least stay broadly the same – for the next 20 or more years.

Demand for energy is growing across all developed markets and indeed the world, with global demand rising 2.3% in 2018. Although we have moderated this growth through technological advances in energy efficiency, we have not come close to offsetting it completely.

This growth, combined with higher carbon prices in Europe, is feeding through into higher time-weighted power prices.

In this context, it needs to be considered whether the market is focusing too heavily on ‘downside’ protection and thereby missing out on the ‘upside’. Fully contracted PPAs remove downside price risk, but often at a material discount to current and forward power pricing and crucially, they give away any upside in power prices.

One thing that might not be immediately obvious is that often PPAs (those where under 100% is contracted) don’t give equity investors much protection from merchant power price risk. Due to the debt repayment profile, they protect the banks but the equity - as we can see from the graphic below - doesn’t benefit from this protection until most of the bank debt has been repaid in around year 10. The question then is, how much of the PPA term actually remains to protect the equity after this point? 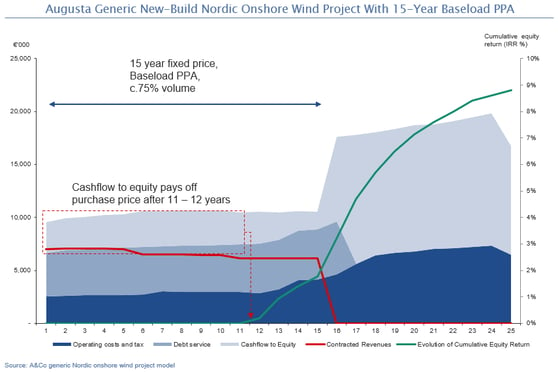 However, as banks begin to do merchant risk on long tenors, PPAs will be less important. Also if, as an equity investor in a normal project financing, you are not actually benefitting from the PPA protection until some point around ten years into the future, you need to reconsider the value of that leverage.

Might it be better, given the likelihood of power prices moving substantially over that period, to use insurance or another product to get the same protection earlier?

One thing that makes merchant power risk more difficult for wind to take is the fear of price cannibalisation, and the problem of capture price risk.

The current difference between them is inherently linked to when the wind blows and when the sun shines in relation to the daily electricity demand, rather than just a feature of the power markets, but it does pose a real challenge for those looking to go ‘fully merchant’. Curtailment and grid capacity constraints on windy days add to this problem.

Another consideration is that, in liquid power markets like Germany and Nordpool, any merchant price risk one is exposed to can, and usually is, reduced by hedging; literally, future/forward contracts of electricity at a fixed price. This can be done through the public electricity markets, where liquidity is usually good for two to five years, and through back-to-back bilateral PPAs.

We believe increasingly dynamic power price hedging and risk management strategies will be required, but are also readily available. These will be shorter term than a 15- or 20-year PPA but also more liquid, i.e. with more, easier to find counterparties and, due to the shorter tenor, more able to capture upside in a market that is expected to have rising power prices - at least in the short- to medium-term.

Embracing merchant risk won’t be easy for the European wind sector – but it is clear that attitudes are already changing in the solar market and for those that that truly understand the market and are able to take advantage by adjusting their focus away from the downside, there should be a substantial upside to enjoy.