What is a proxy generation PPA?

Power purchase agreements have become an important way for wind developers to take their projects to financial close, and we are seeing new structures to help firms share risks. In this article, Ilaria Valtimora looks at proxy generation PPAs, which help to reallocate the operational risks of projects between sellers and off-takers. 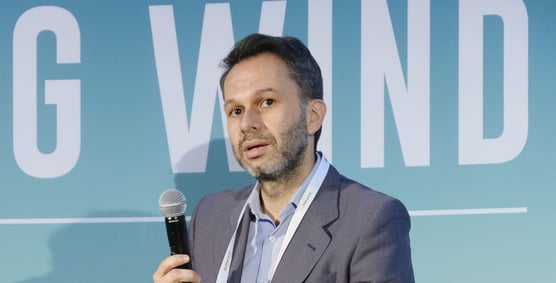 Power purchase agreements are a key driver for the construction of large-scale wind projects, in particular in the US. That has become clearer in the last year.

The number of commercial and industrial (C&I) buyers of wind and solar energy in the States jumped from 31 in 2017 to 75 last year, and contracted volumes rose from 2.8GW to 6.5GW.

This incredible appetite has unleashed a growing need of new products able to protect off-takers against a number of risks associated with renewable energy generation. Among these, we are intrigued by the newest evolution of virtual power purchase agreement: proxy generation PPAs.

Let’s start with the basics first...

What are the big PPA risks?

Virtual PPAs are contracts where no electricity is physically delivered from a particular project to a specific buyer.

Instead, buyers commit to paying fixed prices for both the energy and the Renewable Energy Certificates for every MWh generated by their portion of the project.

Buyers take on a few risks when signing a PPA. The most recognised one is the market price risk. This means that if future market prices are lower than the level at which the PPA is signed, the buyer may end up overpaying. Buyers are well aware of this when they sign a PPA.

However, there is another risk that can also affect them: operational risk. This is related to the day-to-day operations of the wind farm itself.

For example, the buyer has little to no control over what turbines are used at the project, how they are maintained or upgraded, or what conditions are negotiated into warranties and services agreements. Despite that, the buyer generally bears the financial impacts and risks of those decisions. Proxy generation PPAs are intended to reduce buyers’ exposure to operational risks.

How does a proxy generation PPA work?

Risk management firm REsurety’s senior vice president Adam Reeve has explained to us that a proxy generation PPA is a form of  virtual PPA .

Every ten minutes, the average wind speed at each turbine is measured and adjusted for air density and blade interference. That wind speed is applied to the turbine’s power curve to yield an amount of expected energy.

Finally, that quantity of energy is multiplied by the expected operational efficiency, which is usually between 85% and 100%. The resulting volume of energy is then applied to the PPA settlement price.

“It’s an evolution. We are not selling the energy that we produce. We are selling a theoretical energy based on a formula agreed with our customer, and we have a third party review the results of that formula periodically. It has some more complexity from that point of view, but it has less complexity from a contractual point of view because we don’t have to enter all the covenants links to outages and other problems related with the operations.”

In simpler words, generation PPAs re-allocate the operational risk of a project away from the buyer and back onto the project’s owner.

For wind farm owners and investors this means that, with these contracts, they take greater responsibility for the risks related to the operation and maintenance of wind turbines.

However, the use of proxy generation PPAs also means that other risks can be more easily managed.

Corporates are becoming more aware of the risks that they are taking on when they sign PPAs, and are increasingly looking to use innovative contract structures - such as proxy generation PPAs - to help manage those risks. That should help to maintain growth in corporate PPAs - which, for the wind sector, feels like a good thing.

Find out more about trends in corporate PPAs at our upcoming Financing Wind conferences in Europe and North America. Click below for more details...