Will Europeans dominate US offshore wind?

A Word About Wind gathered the most influential people in the US wind industry at our Financing Wind North America conference in April and talked about the biggest issues facing companies investing in US wind. In our second session, we discussed the growth of US offshore wind– and asked whether Europeans are set to dominate.

For more info on this event, please visit our Financing Wind website. 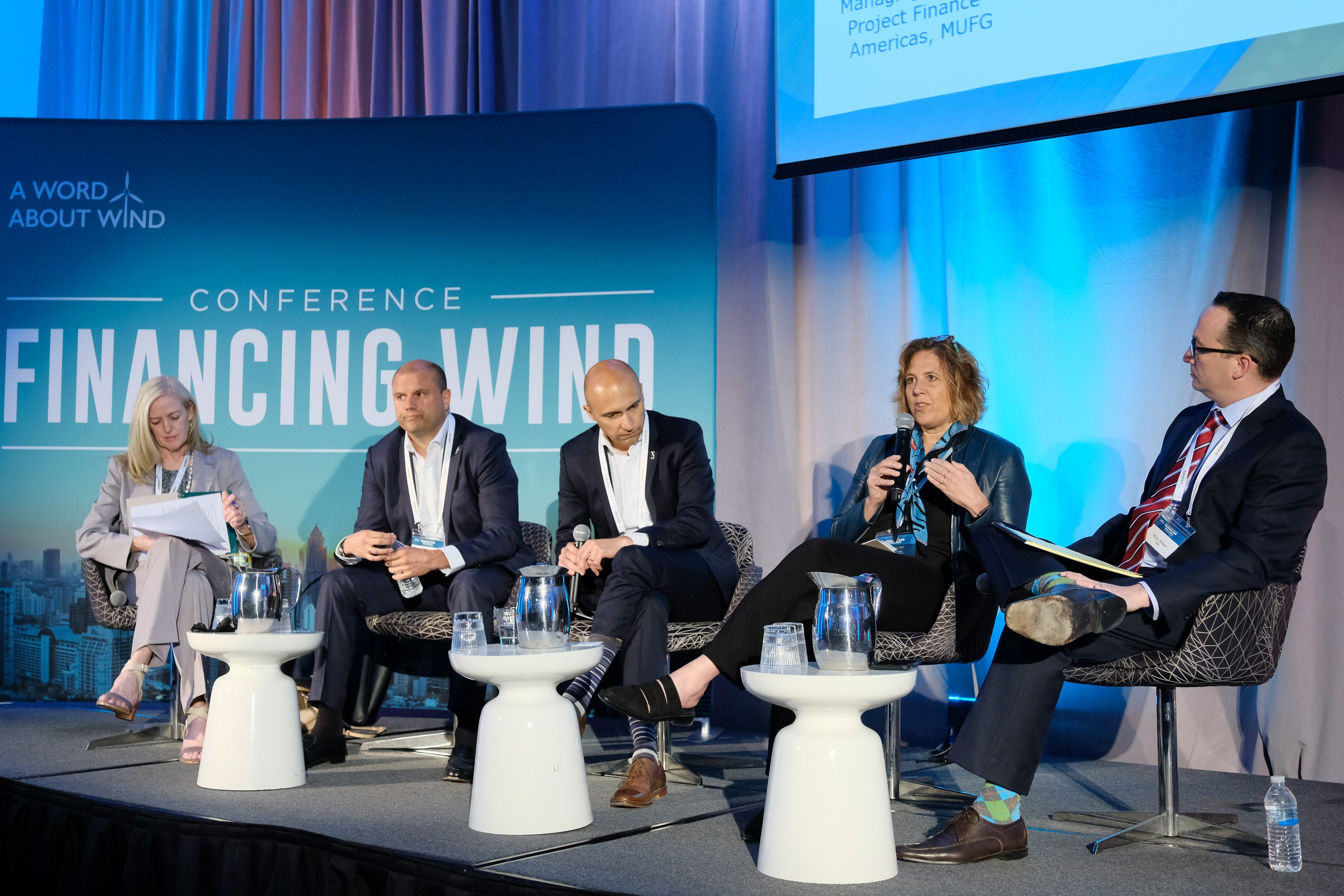 Europe is in the midst of an offshore wind boom. Between June 2013 and the end of 2018, total installed wind capacity in European waters tripled from 6GW to 18.5GW.

This has led to a steep fall in the levelised cost of offshore wind power in Europe and fierce competition between the European utilities that are developing these schemes.

It has also meant that many of these big utilities – including EDF, EDP Renewables, Equinor, Iberdrola and Orsted – have been looking at how they can export their skills and expertise to develop offshore wind globally. The US has been a willing recipient.

Research published by the Special Initiative on Offshore Wind and the Renewables Consulting Group in March reported that seven east coast states are now targeting 20GW of operational capacity in their waters by 2030, with the potential to generate $70bn of capital expenditure. It’s no surprise that Europeans want to get involved.

But does this mean that European-headquartered firms are set to dominate the US offshore wind market? This is one of the big topics that we discussed in the offshore panel at our Financing Wind North America event in Denver on 24th and 25th April. The panel was hosted by Rusty Brewer, partner at law firm Amis, Patel & Brewer.

If you’d like to join us at next year’s conference in New York – which is at the heart of the US offshore wind sector – then you can find out more details here.

Jerome Guillet, managing director at Green Giraffe, said companies had been able to cut the cost of offshore wind so fast in Europe because it was the only way to do renewables at scale in many nations. This means they can bring lessons to the US.

He explained that cost reduction in US offshore wind would be driven by the cheaper cost of capital as financiers saw there was a track record of delivering projects in the US: “It’s a capital-intensive industry so the financing angle is essential,” he said.

Guillet said that big European firms were entering US offshore because they believe they have the experience to build profitable projects, and this has driven prices down quickly in US tenders so far. However, he also warned that fast cost reductions could restrict the number of players who might be able to compete in the US market.

“It’s almost becoming an oligopoly in Europe, where you’ve got small numbers of utilities and contractors who can do it, but it’s a handful of people that can compete. You don’t want to recreate an oligopoly over here before it’s even started,” he said. This competitive edge is why European giants have taken an early lead in the US.

Stephanie McClellan, director at SIOW, said that US states had also played a role in increasing demand among European players because they had given clarity over the long-term project pipelines, which had given overseas firms confidence to invest. It is natural that the companies with the most experience have sought to take advantage.

“The states that have been the earliest movers in offshore wind have learnt a great deal from the European experience and implementing many of those lessons learnt,” she said. McClellan also said states were putting too many local content rules into offshore tenders, which was “very unrealistic at this point… and counterproductive”.

The discussion over local content is a difficult one for US offshore wind as, on one hand, there is a lot that US companies can learn from European manufacturers as the market evolves. However, on the other, states will rightly be looking at how they can use offshore wind to deliver benefits to local companies and communities.

In practice, while we expect all types of European firms to move into the US offshore market, we would expect them to do this with local operations to manage their work. Even if European players do come into the market, they will still need local people to manage their operations. For manufacturers, this will mean setting up local factories that create jobs and boost local economies. This influx can bring economic benefits.

Beth Waters, managing director for project finance in the Americas at MUFG, said there were also good reasons for European firms to work with local US companies that can help them to negotiate the different rules that exist between states.

“Yes, the Europeans are absolutely the most experienced in offshore wind, but to come to America and not partner with someone locally is a big mistake,” she said, and highlighted that Orsted had kickstarted growth in the US by buying Deepwater Wind. “Also, US companies doing it by themselves done have the track record and don’t understand the pitfalls of what can happen along the way.”

And it isn’t just about Europe. Joao Metelo, CEO at Principle Power, warned that he would expect to see Asian companies looking to make inroads in the US market too.

“In two years, China will be the number one market in the world for offshore wind,” he said. “Asia is catching up, much quicker than it did in onshore wind, to be a leader in this space. There’s a lot that we can learn from those two sides of the globe.”

For states, he said key lessons included the work that countries such as Germany and the Netherlands did in negotiating with stakeholders and working on grid links  that supported developers. That helped to de-risk projects and bring in investors.

So will US offshore wind be dominated by European-headquartered firms?

Initially yes, as we think this is what the market needs to become established, and we would expect to see a few big European names in the mix for the foreseeable future. But we also think the market could open up to American-led firms as these pioneers share their knowledge among their American operations and teams.

The US can learn from Europe – but, very soon, it will have expertise of its own.

We will bring together industry experts to discuss the big industry issues and latest policy changes at our Financing Wind North America conference in New York in May 2020. If you’d like to join us, get in touch https://northamerica.financingwind.com/