The Wind Business in 2018: Our review of the year for the global wind industry

Was 2018 a quiet year for the wind industry? Absolutely not! Big deals, major talking points and political changes globally. And as we've looked at everything the year has thrown at us, we've kept asking one question: what does it mean for wind investors?

A Word About Wind’s Editor Richard Heap, and Associate Editor Ilaria Valtimora take a look back at the highs and lows of the last 12 months in the wind sector. 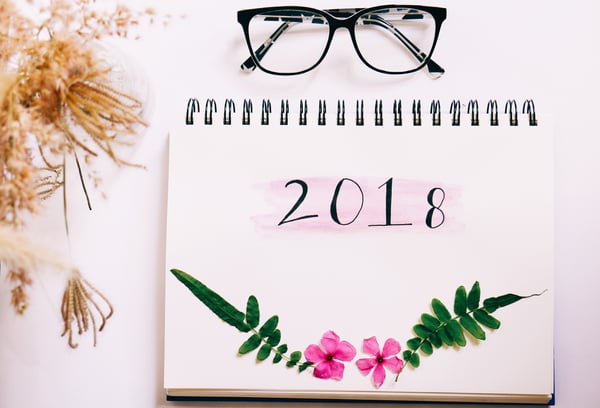 Deal of the year:

Rich: This is like being asked to choose your favourite child! Ørsted’s return to onshore wind with the acquisition of US developer Lincoln Clean Energy was fascinating. Likewise, its buyout of Deepwater Wind, which I’d been informally tipping as a buyout target for a while. You need deep pockets to play offshore.

To find out more about the US offshore sector, come to our Financing Wind North America conference in Denver on 24th and 25th April. More details here.

Elsewhere, the first high-profile corporate power purchase agreement at an offshore wind farm, Vattenfall’s 600MW Kriegers Flak, felt like an important moment too. But honestly, following the deals is one of the aspects of my job that I love the best, so I could have probably picked at least half a dozen more. Roll on 2019.

This was mainly the result of the exceptional activity recorded in the PPA market in Nordic countries over the past 12 months: so much so that we have written a report about it. Norsk Hydro was one of the main protagonists, with over 1.4GW of wind PPAs signed in Scandinavia since November 2017. The aluminium producer has now overtaken tech giants of the likes of Apple, Amazon and Microsoft in the global PPA renewables market.

A deal of this length makes me wonder… what next? Are we likely to see more PPA deals of this length? Would tech giants including Google and Facebook follow Norsk Hydro’s lead? How do these deals impact wind farm owners’ decision in terms of long-term operations and maintenance? We’ll be looking at all of that in 2019!

Project of the year:

Ilaria: Ørsted’s 1.2GW Hornsea 1 offshore wind farm off the Yorkshire coast. The size of this project truly astonishes me: it is almost as big as the total wind market in Chile! Also, Ørsted completed this year sold half of it to Global Infrastructure Partners for a whopping £4.5bn. Projects and deals of this size can’t go unnoticed.

There are also other projects which deserve to be mentioned. For example, Lekela Power’s 159MW Taiba N'Diaye pioneering project in Senegal; and blockchain firm Soluna’s plans to build a 900MW wind farm in the western Sahara are interesting signs of investors’ interest across Africa. Here’s our emerging markets report.

Rich: It’s another Ørsted answer, I’m afraid. This year, we finally saw London Array overtaken as the largest operational offshore wind farm by the 659MW Walney Extension. In onshore wind, the series of large projects coming to the market and reaching financial close in Scandinavia has been interesting close to home.

Further afield, the long-delayed commissioning of the Lake Turkana project in Kenya is a great show of strength for the African market. I can’t help but wonder whether it’ll continue to face problems with its 428km transmission line. One to watch.

Personality of the year:

Rich: There are a few. I loved interviewing Beth Waters of MUFG for our North American Power List. I had to slow down my Dictaphone to 50% of the usual speed when I was transcribing, and I still struggled to keep up. Great insights.

Elsewhere, big respect to Declan Flanagan for building up Lincoln Clean Power and selling to Ørsted, and I’m also impressed by the start Philippe Kavafyan has made as chief executive at MHI Vestas. As he said at Financing Wind Europe, it’s been a big shift from his time as chairman of Adwen, but nice to see high-profile figures making the case that wind is a mainstream part of the energy mix. More next year, please.

Ilaria: I also had the pleasure to meet Philippe at Financing Wind Europe in London in November. He participated in our offshore-focused panel and he confirmed his commitment to keep 50% of MHI Vestas business in the UK, despite Brexit.

In fact, his “We don’t care about Brexit” is one of the highlights of my year. As an Italian living in the UK, it’s nice to hear businesses saying that. 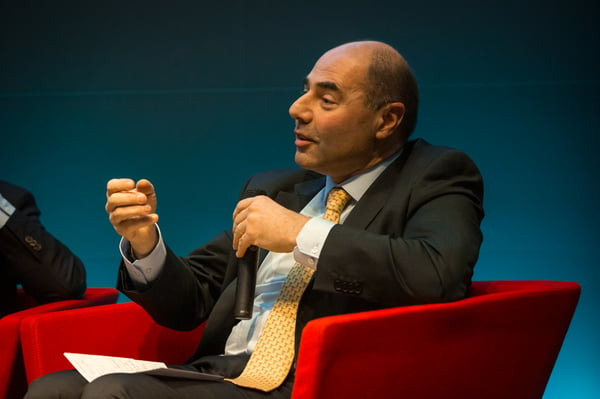 Ilaria: France’s Emmanuel Macron. The development of new onshore wind in France has stalled this year because of administrative problems that have happened on his watch, including the absence of an environmental authority. We know that Macron’s administration has been vocal about sustaining wind in the country, but the market is in desperate need of facts and actions now.

RH: Maybe he’s not a villain per se, but I’ve been disappointed by the record of Canadian prime minister Justin Trudeau over the last couple of years. He came in accompanied by such enthusiasm from those in the Canadian wind industry but, for me, he just hasn’t matched up to that promise. With a general election in 2019, his time might well be coming to an end. He won't be a big loss for the wind industry.

Rich: To quote a T-shirt, I love New York – so being able to get over twice this year for A Word About Wind was great. I got the chance to walk The High Line, which I’ve always wanted to do, and caught up with one of my former editors too.

But my personal highlight was renting a bike and cycling around Central Park in the middle of a late-May heatwave. I first cycled around Central Park with my now-wife when we were there in 2008, shortly before the global financial crash, and it was fun to relive the experience. That said, I should have heeded to the advice of the rental people and not tried to fit in two laps of the whole park in my allotted hour. Phew!

Ilaria: I’m not English, I’m not a journalist and, until two years ago, I didn’t know much about renewable energy. This is why I found pretty exciting writing my first editorial for our Europe’s PPA Revolution report – and then my second one for Emerging Markets Attractiveness Index this year. It was quite emotional to see my name – and face – in the opening pieces of those reports.

Rich: UK onshore wind. It felt like this time last year, there was some momentum growing behind the idea of including onshore wind farms in future UK Contracts for Difference auctions. Keeping onshore to remote island schemes doesn't cut it.

Ilaria: Hybrid will be a key word for 2019 and beyond. Investors and developers are looking at ways to integrate renewables including wind and solar with energy storage projects. We have seen examples of hybrid projects in Australia, Ireland and the US this year, and we are likely to see many more from next year.

The hybrid approach stabilises the power supply and reduced the need for fossil fuels. To us, it feels like the right way to go.

Like most people in the UK, I've got very little faith in the Brexit process. That's the one thing that has managed to unite leavers and remainers. So what next? Well, I can see growing momentum for a second referendum, so I predict that Brits will be given the chance to vote on staying in the European Union again, they'll choose to stay in the EU after all, and this whole sorry saga will be put to rest. Ho ho ho... yeah right.

Is it time to crack open the Christmas cooking sherry and forget Brexit yet? Hic!