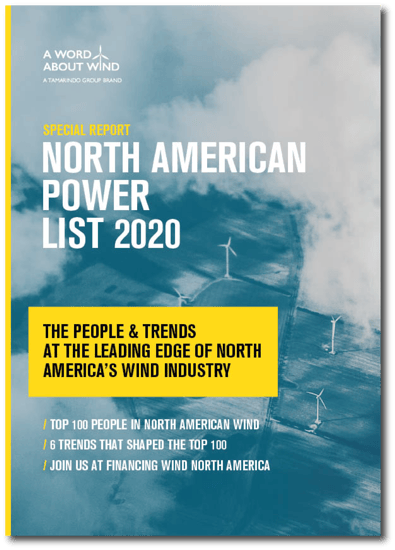 To access your copy of the report, please provide a few details:

WHAT'S IN THE REPORT?

The North American Power List is our analysis of the 100 most influential individuals in the wind industry in North America in the last 12 months.

In this report, we focus on the most influential 100 developers, financiers, manufacturers and others who are steering the US wind industry though major challenges, including the wind-down of the production tax credit and hostility from the Trump administration.

In addition, we have looked at six trends that have shaped this list, including the emergence of US offshore wind, the continued influence of major utilities, and the impact of merger activity on some of the sector’s best-known independently-owned developers.

If you would like to continue the discussion about the US wind industry with some of the sector’s biggest names, join us at our Financing Wind North America conference in Boston from 12th to 14th May.