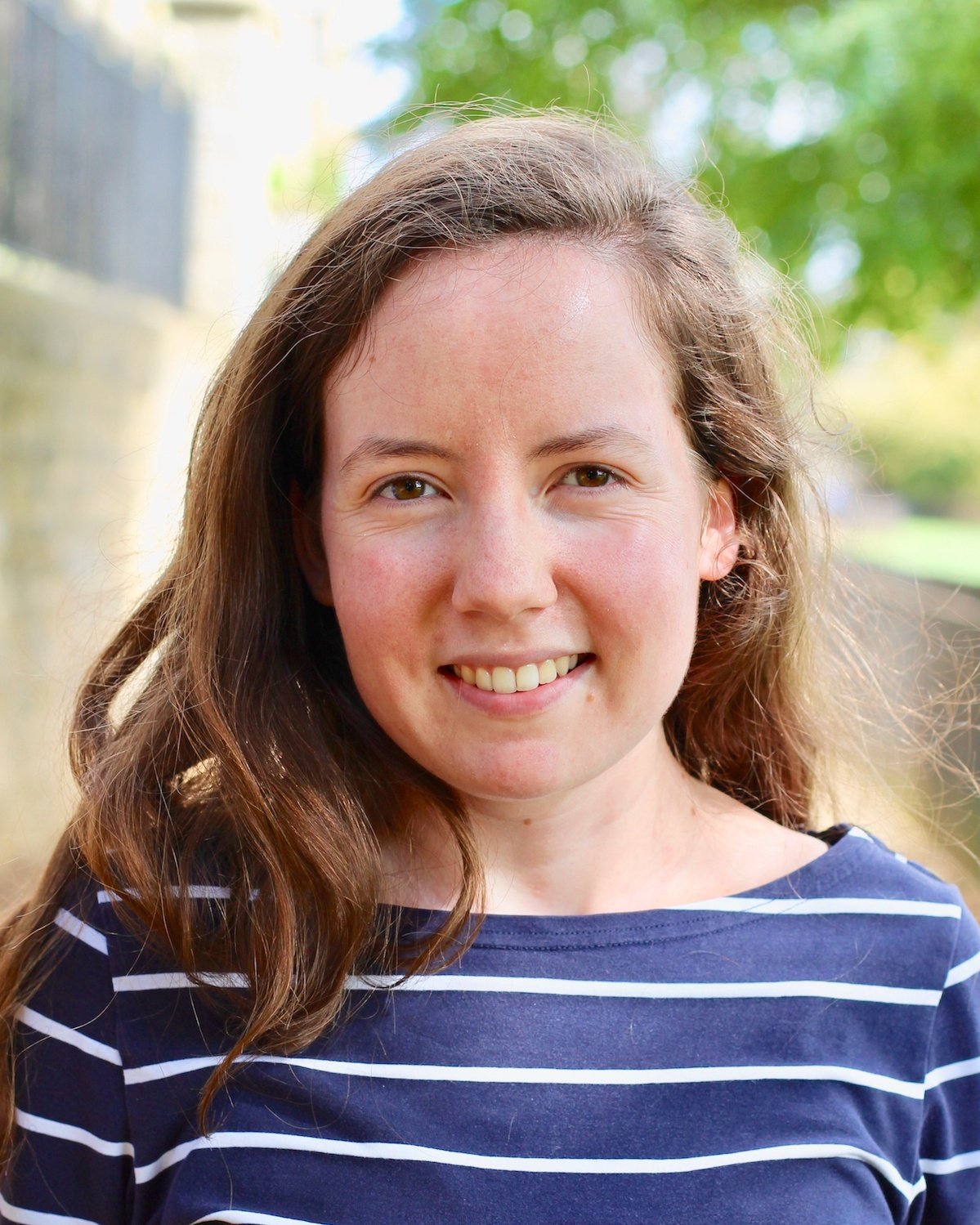 Investors must take into account a large number of factors when deciding where to invest – but what about when the worst happens? Alice Jones looks at key risks. 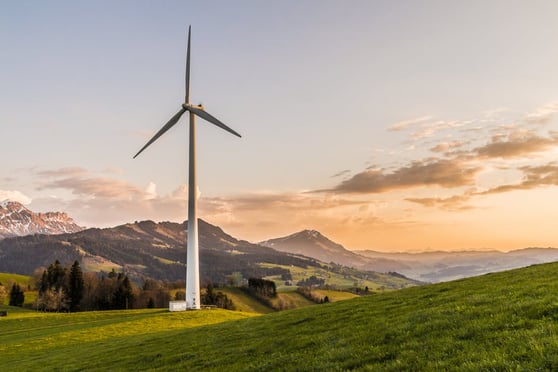 When deciding whether to invest in a wind farm, there are numerous considerations that companies must take into account – financial backing, legal requirements, local regulatory policy, calculating predicted revenue, and so on.

And as well as these considerations, there are also a host of other risks that can pose a threat to the profitability of projects. As the cost of wind power tumbles and project owners’ margins are squeezed, these risks could potentially be very damaging.

In this article, we outline the six biggest risks to your wind farm revenue – and what you can do to protect against them.

You can discuss the latest innovations in wind energy finance, and the other big issues for the sector, at our Financing Wind conferences in the UK and the US.

Anyone who read the news in 2017 did not have to look far for a natural catastrophe (‘nat cat’ to your insurers). During the summer, hurricanes Harvey, Irma and Maria wrought havoc across the US and Caribbean; Mexico suffered three earthquakes in September alone; and wildfires blazed across California during the autumn.

In addition to their devastating human impacts, the costs of natural catastrophes for renewables projects including wind farms is high – and countries that combine high ‘nat cat’ exposure with a high density of renewables projects are most vulnerable.

Reinsurer Swiss Re has estimated that, last year, these catastrophes cost the global insurance market $136bn – a significant proportion of which constitute losses to wind energy projects. Affected projects included a Puerto Rican wind farm that saw the blades snap off every turbine during Hurricane Maria, as well as solar PV projects that suffered smashed panels and destroyed electricity cables.

With expert meteorologists such as Aeris Weather predicting that climate change-caused volatile weather patterns are set to increase, ‘nat cat’ is poised to become a progressively greater threat to wind farm revenue in the coming years, with monetary losses stemming not only from the cost of replacement parts and technicians’ time, but also from loss of revenue while a project is ‘offline’ (‘business interruption’, or BI, costs).

Carefully completed due diligence offers the best means of protection, and investors will need to decide whether the opportunity of higher returns in emerging markets is worth the higher ‘nat cat’ risks that characterise some of those countries.

Like any machinery, wind turbines are susceptible to the odd malfunction – with three of the most common manifestations being blade failure, gearbox failure and fires, as reported by GCube Insurance.

In the past, issues have often been traced back to serial defects in certain turbine models, which have then been rectified and replaced under original equipment manufacturer (OEM) guidelines.

Other common causes of breakdown have been identified as strong gusts of wind that cause blade over-speed and excessive loads, lightning damage, human error, and electrical issues often attributable to excess voltage or current leakage.

As the wind industry continues to scale up both in size – with GE announcing plans for its 12MW Haliade-X turbine platform in March 2018 – and ambition, the potential risks rise too. Not only do larger turbines account for a greater proportion of project revenue – so having a greater impact if they break – than a series of smaller ones, but risks are also introduced by supply chains which lack experience in dealing with much larger turbine blades and other equipment.

Meanwhile, new technologies – such as floating wind – require developers and OEMs to apply methodologies developed on more traditional projects to new ventures, in a necessary but imperfect transition period which inevitably increases risk.

In the face of these risks, OEMs will continue to find new ways to cope. This will include the use of predictive analytics and condition monitoring systems to forecast when failures might happen; and the use of failsafe technology to minimise damage when disaster strikes.

Due to their sporadic and variable nature, such mechanical and electrical breakdowns will remain difficult to predict – but choosing OEMs carefully, and ensuring that turbines are maintained correctly, will go a long way towards minimising risks.

Political risks naturally pose the greatest threat to those projects located in countries with volatile political climates, many of which are also in wind’s emerging markets.

This political risk map from Marsh is not specific to the wind sector, but it provides a good overview of current global risk levels. Latin America, Africa and the Middle East are all examples of areas in which rapid investment in wind farms – often prompted by government targets, such as Egypt’s ambitious goal to provide 12% of its energy from wind by 2022 – means that more investors will be exposed to political risks.

These risks can come in many forms, and damage to projects is often virtual, rather than physical, with CEND (confiscation, expropriation, nationalisation and deprivation of projects) posing the greatest threat. And they aren’t the sole preserve of emerging markets – for example, last year we saw the US developer Invenergy LLC sue the Polish government for a claimed $700m loss from wind farms in the country, citing actions ‘tantamount to an expropriation’.

And some wind farms have been physically damaged, either deliberately caused by, or as a by-product of, riots, violence and even acts of terrorism.

Meanwhile, a number of recent regulatory changes in Europe and the US threaten the stability of project revenue in established markets. The French government’s attempt to retroactively renegotiate offshore wind subsidies, and the potential impact of President Trump’s tax reforms, offer just two examples.

Investors can use resources such as Marsh’s political risk map to inform decisions about project sites – but the risks remain difficult to predict and, particularly in those countries with high risk factors, investing in political risk transfer mechanisms and insurance will often be necessary to ensure security of revenue.

Location risk is, to some extent, linked to political risk and is also at its highest in emerging wind energy markets. A lack of applicable supply chain experience and established infrastructure, as well as a shortage of skilled personnel, can make emerging markets some of the riskiest locations in which to build a wind farm – despite the attractive opportunities offered by cheap land and strong winds.

This can be compounded by local hostility to projects, which can threaten physical destruction and legal contentions to wind farms. For example, we reported in early 2017 on a landmark Thai Supreme Administrative Court ruling that pronounced plans for a wind farm on ‘sor por kor’ land, which is designated for agricultural uses only, to be unlawful and suspended permission for the projects to be developed.

Risk levels can also be influenced by the precise physical location of the wind farm site; particularly its distance from cities, from skilled workers and not least, from the OEM – or, if parts are shipped from overseas, from relevant shipping ports.

Expensive and sensitive pieces of turbine equipment such as the nacelle do not take well to being transported in inadequate vehicles, or on basic roads. In the past, this has led to cases in which equipment has been purchased and transported to the remote location chosen for the wind farm, only to arrive damaged. The cost of acquiring and transporting replacements is then compounded by project delays and BI costs, constituting a significant knock to profitability.

This risk remains as long as the wind farm is operational: the further the wind farm is from manufacturing facilities and skilled technicians, the longer it takes to repair and bring turbines ‘online’ again if they are damaged during their operational lives.

In addition to choosing your wind farm site carefully, and particularly when building in emerging markets, the importance of implementing corporate social responsibility (CSR) principles can’t be overstated. Hiring local workers, maintaining transparency and remaining aware of local legal frameworks will all help to prevent losses caused by legal challenges to a wind farm – or even the physical destruction of it.

On the opposite end of the scale to natural catastrophe, weather risk refers to the loss of revenue that occurs when, put simply, the wind just doesn’t blow.

The first line of defence against this risk is to invest heavily in weather data before choosing a wind farm site. Weather measurement firms can provide comprehensive data as to recent, and predicted future, wind speeds by geographic location. This is useful not only for deciding on a site but also for calculating predicted revenue and securing financial backing.

A geographically-diverse wind portfolio can also offer some protection: wind speeds are unlikely to dip in both Chile and Thailand at the same time, for instance. New risk transfer and insurance mechanisms can also offer financial security.

In recent years, we’ve seen cyberattacks become a significant threat to technology-driven sectors – and any business that uses computers. As renewables networks and grids become more interconnected, the threat level to wind farms is rising too.

Costly cyberattacks could come in many forms, from the manipulation of turbine blades to minimise efficiency, to total paralysis of the system. With modern wind farms often being controlled from afar, weak points in online control systems are leaving projects increasingly vulnerable to attack.

Researchers presenting at the 2017 Black Hat cyber security conference in Las Vegas also revealed deficiencies in wind farm security measures, as the Financial Times reported from the conference. A lack of message encryption, and the joined-up nature of turbine networks – meaning that a hacker could use one turbine as an access point for the entire farm – were cited as major vulnerabilities.

While cyber risk is a relatively new and undocumented threat, hackers appear to attack wind farms for one of two reasons: either to seek ransom payments in return for the restoration of operations, or for non-monetary reasons such as an ideological or political protest. We could well imagine Russian hackers seeking to undermine the reputation of renewables as an alternative to fossil fuels, for example.

A report by the Renewables Consulting Group and Cylance Inc., ‘Cybersecurity in renewable energy infrastructure’, analyses cyber risk to renewables projects and offers specific suggestions for revenue protection. This includes investing in security measures, as well as developing an emergency plan for if the worst should happen.

The wind market is growing in scale and ambition across the globe. However, with expansion and innovation comes risk and, as the opportunities in the wind sector increase, so do the threats to projects and to the revenue they provide.

Costs can be immediate – the price of replacing parts and paying for technicians’ time – and compounded by ‘hidden costs’ from hiked insurance premiums and BI costs. This could be devastating for firms who are working with slim margins.

Nonetheless, awareness is the first step to prevention. With proper due diligence and back-up insurance protection, there is no reason why a wind farm shouldn’t survive – and thrive – despite these risks.

Each year, we host conferences discussing the biggest issues in European and North American wind. For more details, click below...