What can we learn from Ontario’s green backlash?

Provincial support for wind in Ontario is declining - with worrying implications for North America and further afield. Richard Heap investigates

Canada’s wind industry has never enjoyed much support from the prime minister. In the decade to 2015, the country was led by climate change denier Stephen Harper; and the election of Justin Trudeau has done little to change that. Yes, Trudeau has committed to a carbon tax but he’s also backed huge oil pipeline projects too.

Thanks goodness, then, that Canadian wind investors have enjoyed support from the provinces. This has been most notable in Ontario, with total wind capacity of 4.9GW at the end of 2017, as well as Quebec (3.5GW) and current hotspot Alberta (1.5GW).

Declining support in the provinces

Not any more – in Ontario at least. In June, the Progressive Conservatives came to power and started to dismantle the province’s renewable energy plans by cancelling 758 renewable contracts at wind, solar and hydro projects, which it said would save C$790m ($600m) from the energy bills of Ontario consumers. This has put investor confidence at risk in both the wind industry – and the international community.

Wind companies in the firing line include Boralex, Invenergy, Pattern Energy, RES and Wpd – and it is the latter’s 18.5MW White Pines project that has been the main focal point for concerned investors. This is because Wpd has been developing White Pines for ten years, has won all the permits, and is currently building the project. For investors, cancelling a project during construction rings loud alarm bells.

That is why White Pines isn’t purely a wind story. This goes to the heart of whether investors in any industry can be confident that their investment is safe. Will they get support from the legal system? Will the national government step in to help?

Both questions are as yet unanswered. Wpd has pledged to take legal action over the C$100m ($76m) it has invested in White Pines so far; and Trudeau warned in June that he would intervene if Ontario premier Doug Ford followed through on his plan to unilaterally withdraw Ontario from Canada’s national carbon reduction plan.

However, there has been little clarity over the future for companies affected by this 758-contract cull, and investors in all sectors will be watching this dispute closely. If their concerns aren’t allayed then it could harm overseas investment in Canada for years to come. It is uncommon for firms to face such risks in established markets.

One thing is for certain, though. There is little chance of the Ontario government or Ford having a change of heart. They have made it a focus of their administration to tackle what they regard as the scourge of renewable energy, which they argue has pushed up the price of electricity in Ontario higher than nearby rivals.

The generous green contracts agreed by Ford’s predecessors have helped fuel this backlash, and the headlines about C$9.2bn ($7bn) being wasted by the province on overly-expensive wind and solar contracts have been hugely damaging too.

What can we read from this? Well, it’s too glib to say it will damage the confidence of investors. Of course it will. Retroactive changes, like in Spain and Poland, always do.

The more interesting angle from our perspective is this is happening at a provincial level rather than a national level. In the US, those in the wind industry have argued that President Trump could not do major damage to the sector because it enjoyed great support at state level. However, Ontario shows that anti-green politicians can damage investor confidence in renewables at the national level if they choose to.

These arguments will also become more common. The rise of Trump and the UK’s palpitations around Brexit show that the liberal world order will not hold forever, and so we should not assume that renewables will always enjoy their current support.

So, if you’re investing in a place that supports wind now, don’t assume it always will and that the argument is one. Progress doesn’t only happen in one direction. 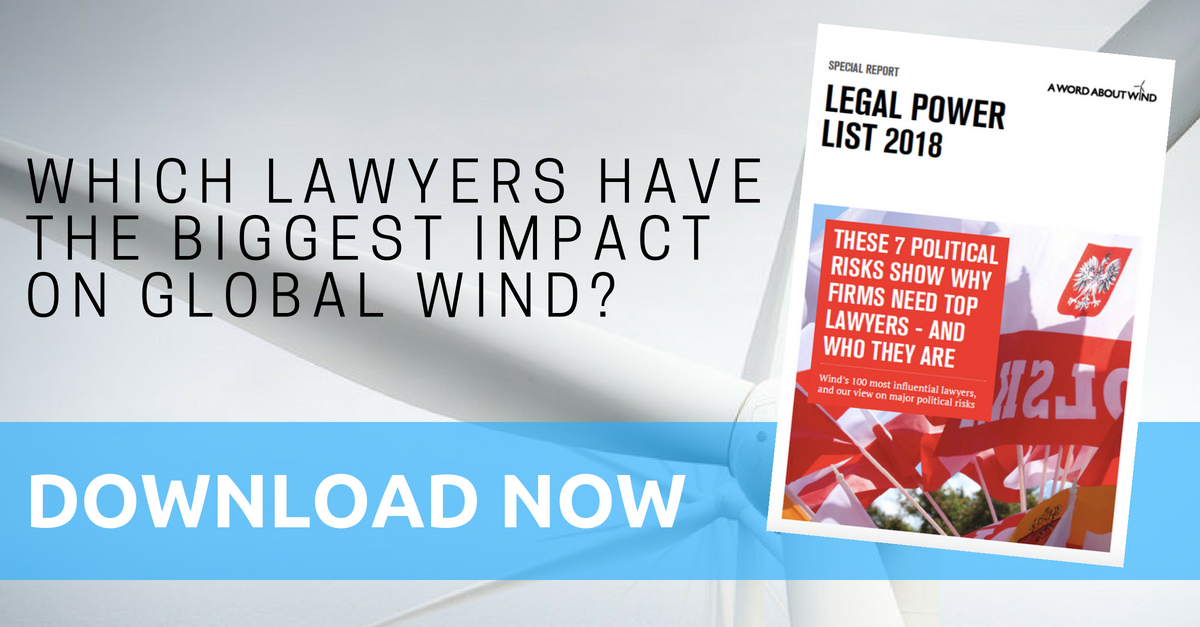